Our small team is waiting to help you!

HOLIDAY INSPIRATIONS LIMITED is staffed by an ultra-friendly and highly experienced team who are always focused on you - our wonderful customers - and your exact holiday requirements.

Having worked in the travel industry since 1973, Neil has an extensive knowledge of arranging holidays worldwide. His 16 years of working for Thomas Cook included a spell of 3 years in their House of Commons office, making travel arrangements for MPs, Lords, political staff and Palace of Westminster employees. Branches which he managed included Bayswater in London, Newbury, Birmingham and Norwich.

He also worked for Tana Travel in Stratford-upon-Avon, latterly as its Managing Director. This is where he developed his expertise in arranging tailor-made holidays to many destinations but especially Africa, the Indian Ocean, Australasia, India and Costa Rica.

Within the Travel Industry, Neil has also been Chairman of SATOA (Southern Africa Travel Organisers' Association) and the Elite Travel Group (a consortium of top independent travel agents). Locally, Neil has been Chairman of Stratforward (Stratford-upon-Avon's Business Development District). 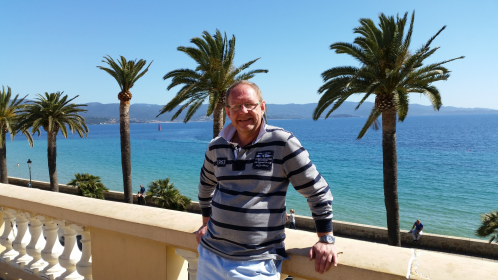 Philip started his long career in the travel industry in 1982, employed by Wings Holidays in Birmingham. He then worked for Thomas Cook before moving to Beach Villas and Forward Travel where he managed the office in Shirley, Solihull. He also worked at Tana Travel in Stratford-upon-Avon for 15 years as manager of the retail travel agency and ultimately as a director of the company. He therefore has a broad knowledge of the travel industry, both as a travel agent and tour operator.

Philip has much expertise in arranging tailor-made holidays to many destinations but especially Dubai and the Middle East, the Indian Ocean and  the Caribbean.

Philip has attended travel trade shows in Dubai,South Africa andFiji where he developed a good working knowledge of the destinations as well as the hotels and ground services.

Favourite holiday destinations? Mustique in the Caribbean, Oman and Mauritius.

We'll be happy to help.

Sunday      Closed Appointments  can be made outside these hours

Closed on all Bank Holidays